Hi, I am a film student working on pre production for a film that will hopefully be shooting in the Fall. It's set in the 60s and I want it to look like a 60's movie. My professor was thinking that if I'm so adamant on going vintage, I should really do it on film which I actually like the idea. I already know that doing some levels of film is expensive and also limited in terms of developers. The lower you go in mm, the better chance you have, but I still really want this certain look. I also know that if I went digital, no matter what filter I put, it would probably still not look completely authentic. I know an independent film called 'Love Witch' was made recently in the style (and on film) which it does pretty much do justice to the era, but there is still a tinge of not getting the full look and they don't truly go into detail on how they made it. I will attach some pictures to get the idea across of what I'm going for if anyone can help. Whether I have to do it digitally or on film, I would just like to know the full production steps I should go to achieve the look since not just shooting on a film camera will do the trick. Thanks!

Staff member
I would do it digitally. I am sure you can get the film look digitally. I think I would use the ARRI digital cameras. Your hairstylists, set design and wardrobe are going to be essential, but also the speech and personality nuances will make it. It was "cool" to be laid back and "groovy" and "hip" people behaved a certain way and others wanted to emulate them. The behaviors were different, and interactions had a particular flow to them.

It was a time of "flower power" and peace and love, and the sexual revolution. Timothy Leary, "Turn on, tune in, drop out" and the turning on meant doing LSD and psychedelics. There was an anti-establishment culture. The 60s ended in the culmination of a movement at the Woodstock concert of 1969.

I don't think it's about capturing it with Film or digital and these days I would go with digital. I hope that helps. Maybe we can get more answers.
Last edited: Apr 6, 2020
D

I shot "The Love Witch" -- we tried very hard to match that 50's/60's look, shooting on slow film stock and a lot of hard light. I studied a lot of movies on the era, so if there is a "tinge of not getting the full look" then it's mainly because it wasn't actually made back then, not that we didn't try. We even cut the negative and finished photochemically, no digital color-correction. I'd say the only aspect that we didn't match was the graininess of a lot of movies back then, other than the old VistaVision movies like "Vertigo". The director wanted the color saturation but not a grainy image.
With the right post work, one could shoot digitally probably and match the grain structure of the old stocks -- the look really comes from lighting and production design, but the most important thing is to THINK the way that these past cinematographers and directors thought about lighting and staging. You have to completely abandon any modern aesthetic values about what looks good or not and adopt the values of a past generation. 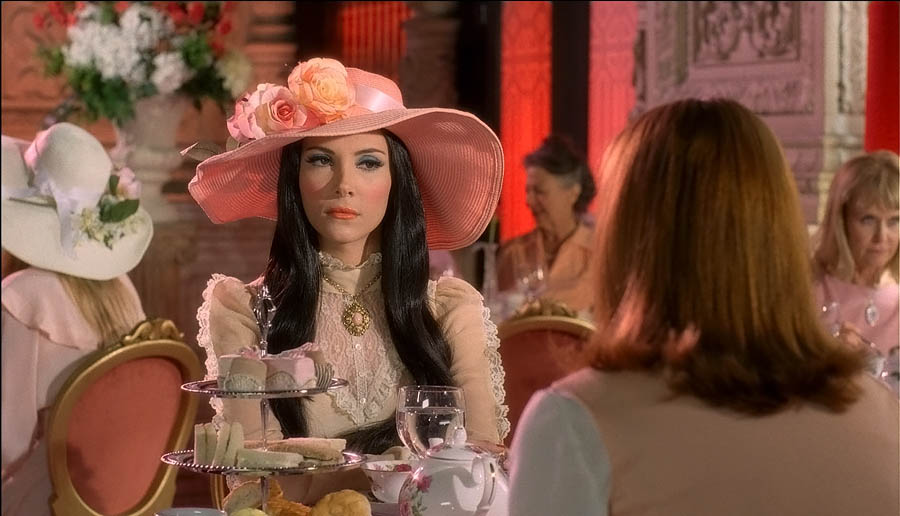 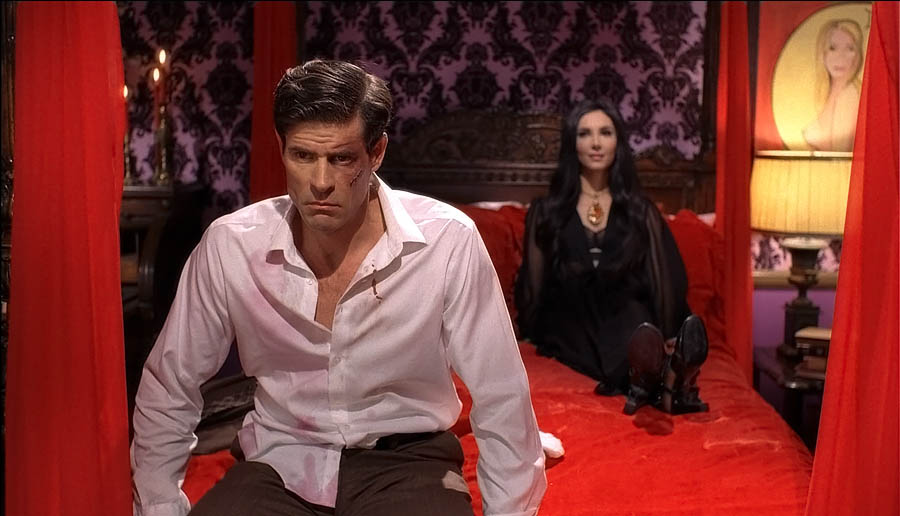 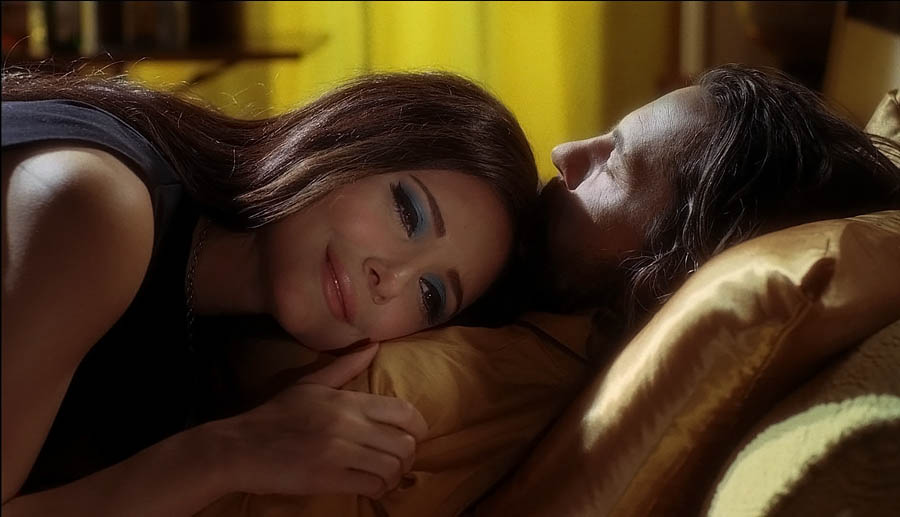 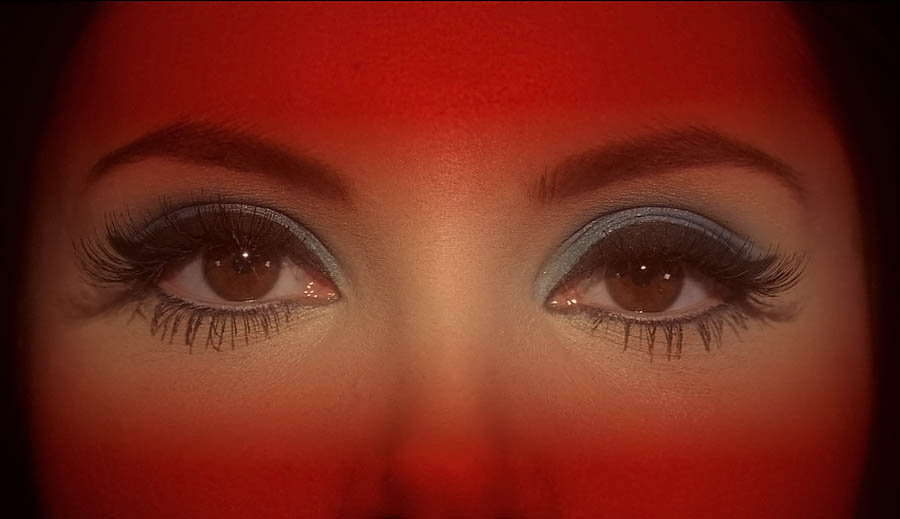 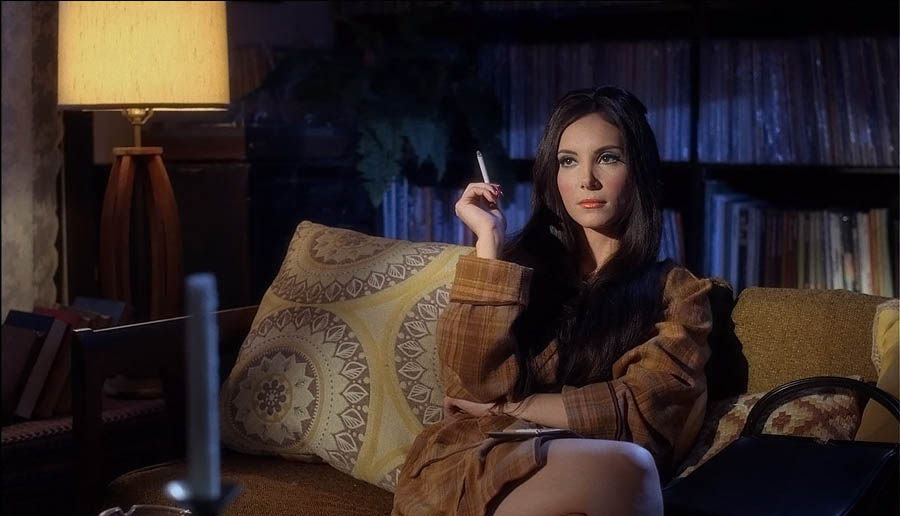 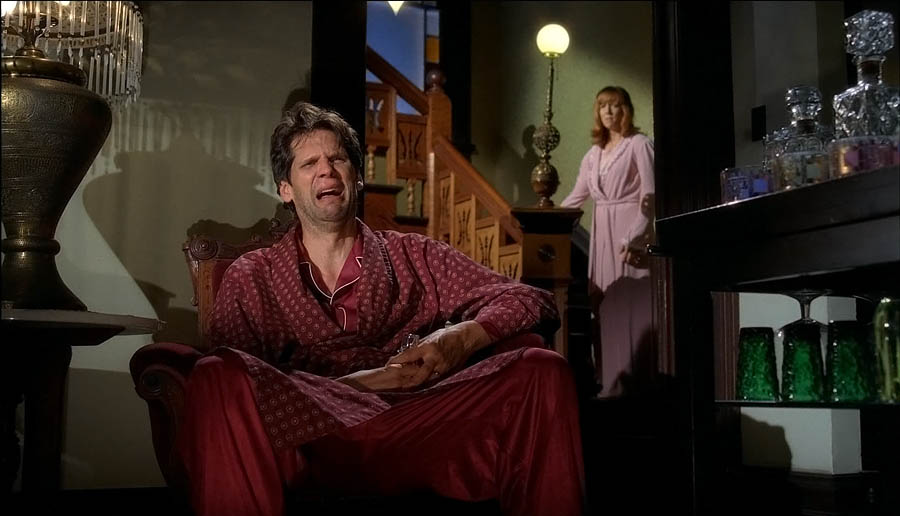 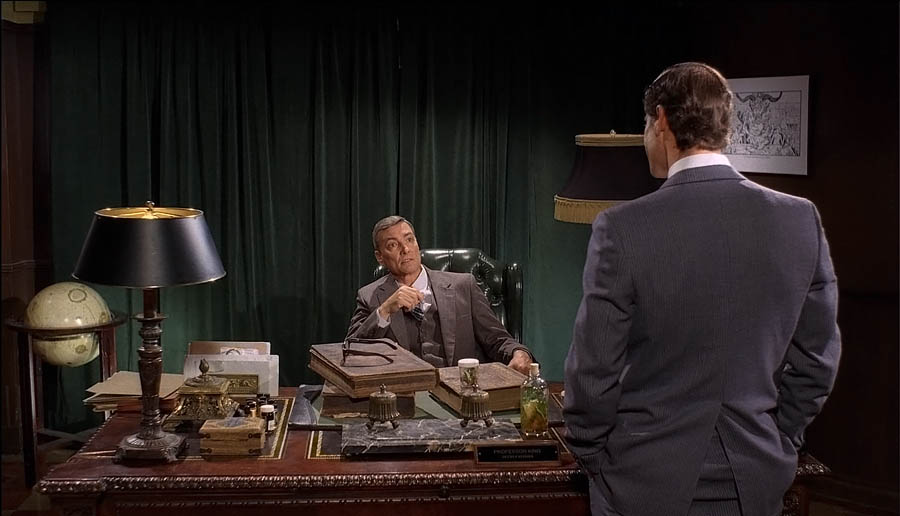 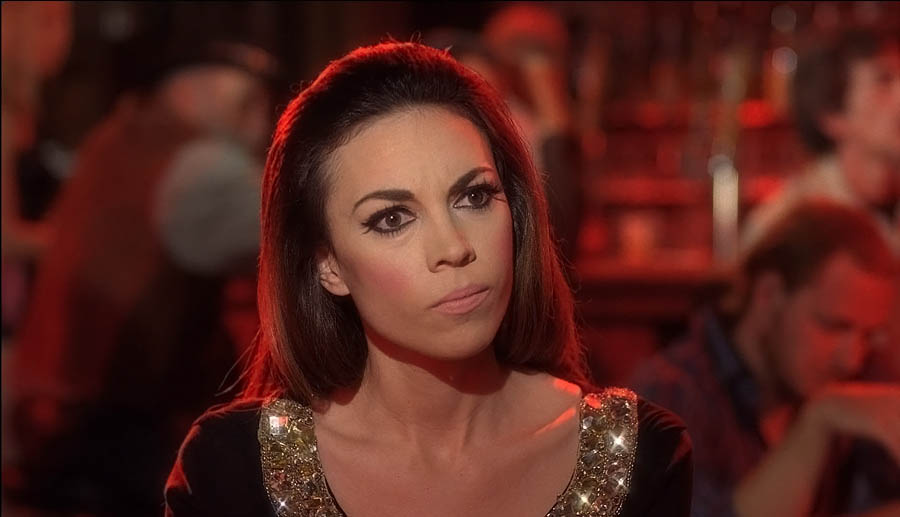 @David Mullen ASC
That's very cool that you worked on 'The Love Witch!' I haven't gotten to see it yet, but I really do like what y'all were able to do! It truly is inspiring. I just meant that I could tell from some shots that it felt out of place, such as the above guy sitting in the chair with his stubble. Just something about it looked off. But I do compliment you truly on what y'all were able to do! I love older movies and I have grown up with their style with so many classics from the 50s all the way through the 80s. Thank-you very much for your advice and I'll hope to get as close to the style as possible!

Staff member
I think all of these shots look great.
G

Forget using film. You'll blow your budget, or you'll be stuck using shots you're not really satisfied with.
Not to mention that editing is ridiculous compared to digital.

Staff member
If you had your choice of camera what would you shoot with geckopelli?
G

StudentFilmmakers said:
If you had your choice of camera what would you shoot with geckopelli?
Click to expand...

I know my limitations, and I don't have the visual acuity to make such a judgement, so I leave it to the Director.
Then again, I can get my hands on whatever is required.
But as an indie filmmaker, it's up to you to temper your choices not only with budgetary concerns, but with a good deal of imagination/innovation-- in short, Talent. So don't hang up or depend to much on a particular piece of equipment. The amazing thing about a film is that it gets made at all, and when a professional looks at something from a young up-and-coming Filmmaker, we overlook the low production values and even the crappy acting and questionable script when evaluating for the Director's Chair. Sometimes the attempt itself is enough.i.e., "What could that kid do with a million bucks?"
My first "Produced By" film is being shot almost entirely outdoors, and my company seeks to pull from the indie filmmaker pool, so I hired an Indie Filmmaker to Direct based on two things:
1) Outdoor shots in his reel
2) He understands the Producer Director relationship on a Studio level.
B

I have to say, movies from this era were something else. The people looked beautiful (Apparently that's not a requirement these days), the acting was phenomenal and the list goes on. One of my favorite movie eras. Movies from the 70s are a delight too. Thank god for Amazon prime lol Good luck with your project.

@David Mullen ASC - Great job - I think the makeup and hair for the women from the 60s is what truly makes a classic 60ss movie. Great job in trying to capture that. The guy in the pajamas looks like he's from the 90s though
You must log in or register to reply here.
Share:
Facebook Twitter Reddit Pinterest Tumblr WhatsApp Email Link
Top